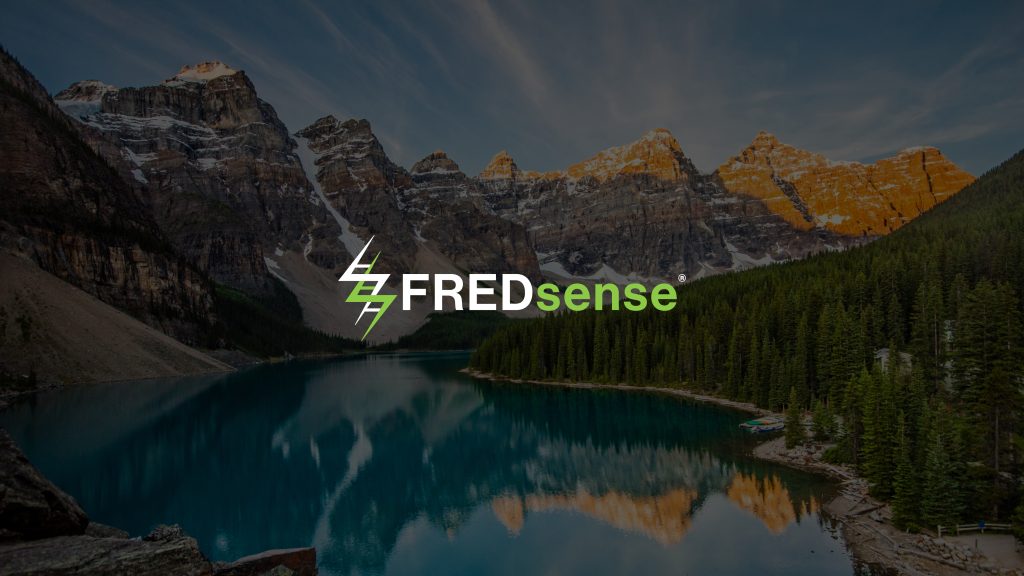 So back in 2012, little baby Patrick was part of an immensely successful iGEM team. We were hoping to engineer bacteria that could detect and remediate toxins in oil sands tailings ponds. The following year, six members of that team founded a synthetic biology startup called FREDsense Technologies, focused on building biosensors to detect toxins in water.

As part of the iGEM Entrepreneurial competition in 2013, I helped FREDsense design their first logo. That was the first logo I had ever designed, and it kickstarted my career as a freelancer. But in hindsight, there were a lot of things about it that I could have done better.

So when FREDsense asked me, seven years later, to help them with a brand refresh, I jumped at the opportunity to do so. After all, how many second chances does a designer get in their career?

Why a New Logo?

So what was wrong with the old logo?

Brand strategist Jacob Cass writes that an effective logo has the following qualities:

So when I designed this logo seven years ago, I hadn’t taken versatility and appropriateness into account.

With the old FREDsense logo, the thin lines, delicate font weight, and broken text all harmed readability and made the logo difficult to see on a light background. The logo looks fragile and delicate, which conflicted with a company who produced tough, robust scientific instruments for field analysis.

The thin weights also led to poor scalability and contrast. This was most noticeable in how I observed them using the old logo over the years. Most of FREDsense’s marketing materials, such as banners, slide decks, reports, and website, would use the inverted logo on black instead of the normal logo. This was because the original logo didn’t contrast well enough with white backgrounds, while the inverted one stood out more against black.

But even when you scale down the inverted logo, you can see how quickly the finer details become lost, and the whole logo starts to look like a blurry mess.

I want to emphatically state here that this was not FREDsense’s fault. The issues were with my original design, which was not serving the purpose that I had intended. I believe that what FREDsense ended up doing was trying to compensate for the poor scalability of the old design by using the inverted logo as much as possible.

This was not a versatile logo, and that wasn’t fair to them.

Therefore, my top priority was fixing the scalability of the logo. This meant a few immediate design decisions to address the biggest culprits:

We explored some designs for a new logomark, but we quickly learned that most of FREDsense’s team members liked the existing DNA double-helix/lightning bolt design. So in the end we decided to keep that logomark with a few improvements.

The logomark was made more vertically compact so the overall logo wasn’t so tall. I had also tried removing all of the rungs of the helix, but it turned out looking incomplete without them. I eventually kept one rung on each level of the helix, which was still an improvement over the eight rungs in the old logo.

After a few rounds of revisions, this is what we settled on:

As you will (hopefully) agree, it’s a notable improvement over the old design without changing what makes FREDsense special. People would still easily recognize the FREDsense brand, but it is now much more legible. The heavier wordmark also better reflects their robust, field-ready sensor kits, compared to the fragility of the old design.

(Side note: astute observers will notice that the helix is actually twisted the wrong way in both the original and the new logos. That was an artistic liberty. The logo didn’t flow as nicely when the overlaps matched the proper chirality of real DNA.)

The new logo adds additional versatility to the FREDsense brand, including a vertical lockup (which wasn’t possible before) and the logomark by itself (which is strong enough to put on additional merch like buttons, stickers, or mugs).

And Then the Rest

This project was also a chance to refresh the overall visual identity. For a seven year-old startup, I wanted to convey a more mature, professional brand while maintaining a clean and modern feel.

FREDsense is a water instrumentation company, based in Alberta, focused on outdoor field testing. I decided it would be best to represent all three of those aspects using photos of mountains and lakes. This eventually expanded into photos of other bodies of water, depending on the messaging. Decorative photographs may include a lightning bolt-shaped overlay or cutout, which can be seen on the website.

With the updated branding comes an updated colour palette. This palette uses vibrant accent colours against neutral shades of white and grey. I also created new illustrations and icons that reflect this new design system.

Altogether, I hoped to create a visual identity that was both modern and professional, representing a company that is innovative and serious about water quality monitoring.

This was an ambitious project and I’m very pleased with the end result. The company now has a much more unified and legible logo, and a design system that better reflects who they are.

This was a unique chance for me to revisit one of my past projects and apply what I had learned over the last seven years of freelancing. This is why I actually think of this “rebrand” as more of a “remaster,” and why I am extremely grateful to FREDsense for this opportunity.